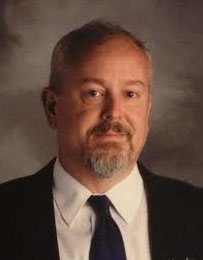 Steven Baule’s interest in technology took off while he was at Ft. Benning, Georgia, training to be a mortar platoon leader. When the instructors handed out the MBC (mortar ballistic computer), Steve figured out that it was time to learn more about how to use technology. Since then, Steve has earned a doctorate in instructional technology from Northern Illinois University as well as a doctorate in educational leadership and supervision from Loyola University Chicago. These degrees came after a master’s degree in library and information science from the University of Iowa and a bachelor’s degree in history from Loras College. Steve is actually a third generation librarian. His mother and his great-uncle both served in a variety of library and archival positions during their careers and both held library degrees.

Steve taught US History, Latin American history, English and language arts, and art in Iowa prior to going back to graduate school. He then served as a school librarian for three years before spending five years as a building administrator and nineteen as a district level administrator including thirteen as a superintendent.

Steve first started consulting when one of his English teachers sat next to a Catholic School principal at a conference and expressed concerns about needing better technology direction for her school. “Call Steve, he can help” was her suggestion and since Steve had been told to always help out nuns, a consulting career began.  Steve‘s first articles were written for a fledgling magazine called Technology Connection more than 20 years ago which is now LibraryMediaConnection. He has taught graduate courses at several Chicago area universities in educational administration, instructional technology, and library science.

Steve has written nearly 100 articles, ten books, and four educational software titles on a variety of educational, library science, and historical topics. He has presented throughout the United States as well as abroad. Throughout his work with educational technology, he has remained an active historian, often focusing his examples in the social sciences as well conducting historical research with primary sources on both sides of the Atlantic. He was named as one of the Top Ten Tech Savvy Superintendents by eSchool News in 2009, a Fellow of the Company of Military Historians in 2012, and the Van Miller Distinguished Practitioner Scholar for 2013 by the University of Illinois’s College of Education and IASA. Steve was honored to be invited to the White House in November 2014 for the Connected Superintendents Summit.

Throughout all of his work, Steve tries to keep things student-focused and enjoyable. He tries not to take himself seriously. In fact, his mom and dad gave him a rubber chicken as a graduation present in order to remind him not to take things too seriously.

Steve is based in the midwest